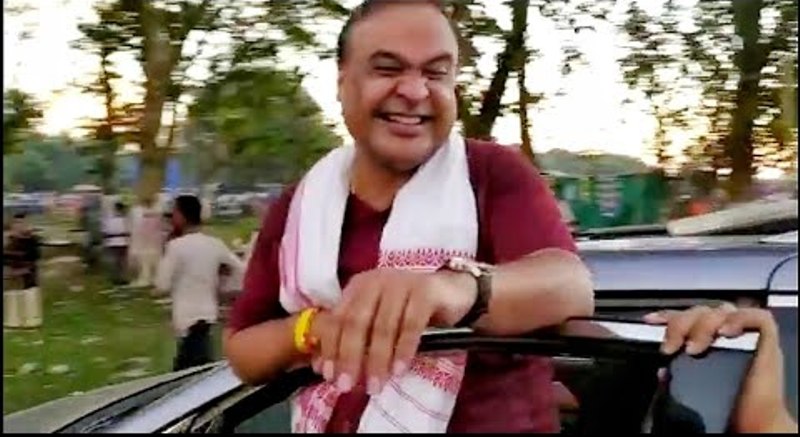 Minister Himanta Biswa Sharma, who arrived in Dhekiajuli on Monday, stand up his vehicle and welcomed the people warmly. A smile that the minister had made at that time has now become viral on social media. Even the minister, Himanta Biswa Sarma himself shared this video on Twitter.

Uploading a video from my meeting yesterday in Dhekiajuli pic.twitter.com/CMnpcycuQu