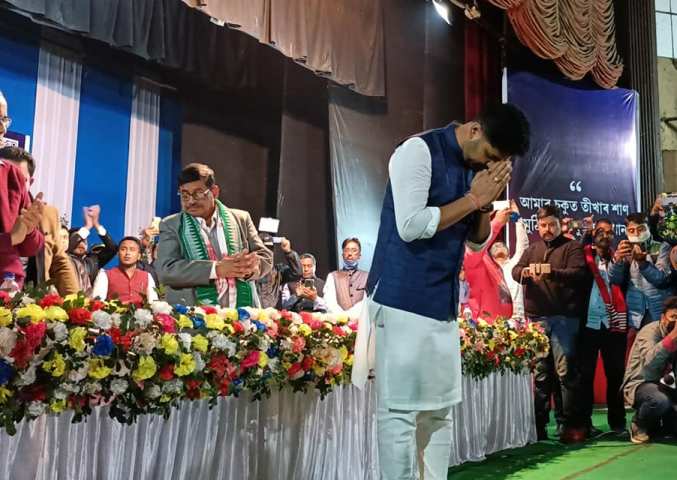 After ending all imaginations, former general secretary of the All Assam Students’ Union Lurinjyoti Gogoi joins the newly-floated party AJP on Thursday. Lurinjyoti Gogoi formally joins the party in the first political state convention of Assam JatiYa Parishad which starts at Sivasagar from today. The former AASU leader joins the new regional party today with a large number of supporters.

All the leaders of Assam Jatiya Parishad welcome Lurinjyoti Gogoi to the party. All of them expressed their appreciation for the joining of Lurinjyoti Gogoi in the party. On the other hand the first full committee of the Assam Jatiya Parishad will be formed on December 17. And on the day of Tomorrow, Lurin Jyoti Gogoi is reported to be handing over the leadership of the new regional party AJP.