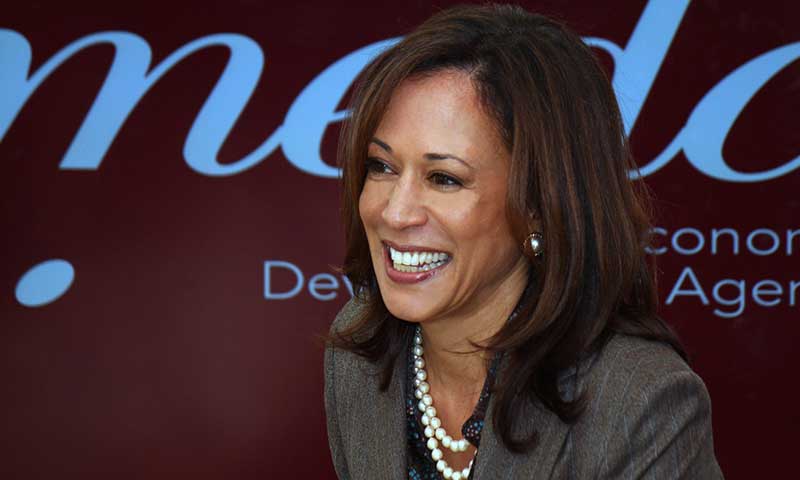 Kamala Harris is the first woman who has been elected as vice president of the US. She is thus the first person to take charge of Vice President as an Asian and Indian American.

Kamala Harris has often mentioned in her speeches about her country India especially Tamil Nadu. Kamala’s mother, late Shyamala Gopalan, was a resident of Tamil Nadu. She went to America for studies and had a love marriage with an African American. But, that marriage did not last long. Shyamala was in the US for work but kept in contact with India. She had come to Chennai several times with her two daughters. Kamala often mentioned her mother during the election campaign speeches.

Kamala Harris had to bear a lot of sarcasm during the election campaign. The Republican Party Supporters deliberately distorted her name and accented it. Trump called her a witch. But Kamala faces all these allegations and now she is the vice president of the United State.

Kamala, who started her career as a lawyer in Oakland, was able to draw everyone’s attention through her work. In 2010 and 2014, she was elected as California’s Attorney General. Similarly, in 2016, she was elected to the U.S. Senate as the second African American and the first Indian American. On the other side, in 2020, she was named in the Democratic Primary for the president’s post. Joe Biden then offered her the post of vice president. And, after accepting Joe Biden’s proposal, Indian American Kamala Harris has been elected as the vice president of the US from the Democratic party.