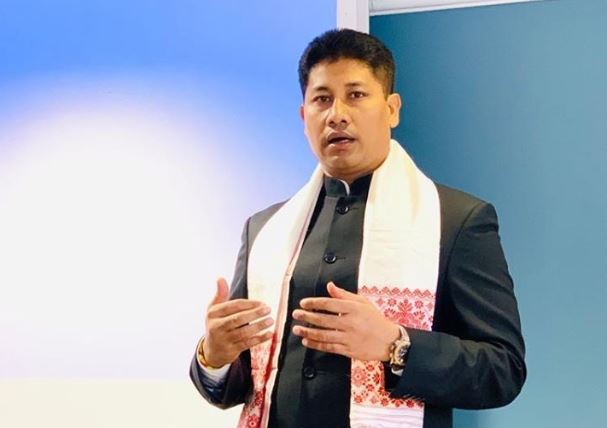 Assam Jatiya Parishad needs the vote of Bangladeshis, so their flag is like the flag of Bangladesh. This explosive comment was made by Pijush Hazarika, the Minister of Urban Development including T&CP (Independent), Health & Family Welfare Government of Assam.

Criticizing the Assam Jatiya Parishad strongly, Pijush Hazarika said the party has taken its name from the old Assam Gana Parishad, slogans from BJP, and the flag from Bangladesh. So, The existence of Assam is at risk at the hands of this group.

Similarly, on the issue of Lurinjyoti Gogoi contesting from Naharkatia, he said that the AASU leader had collected rice in whose name and ran away. Commenting on the Issue of Miya Museum ,The Minister said that if Ali raises the issue in the Assembly he would face a worst situation.