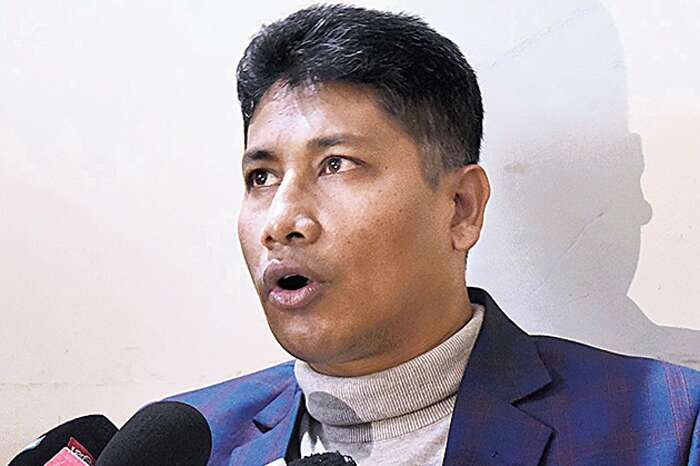 “There is no scheme in Congress for khilanjiya. The Congress leader does not use the word ‘khilanjiya’.” – says Assam Minister Pijush Hazarika. This time the BJP youth minister challenges congress to announce one scheme by writing the word ‘Khilanjia’ in the elections. The Minister also reacted sharply to the alliance between the Congress and the AIUDF. Pijush Hazarika says that Ajmal is now saying that the Chief Minister will be the Tarun Gogoi, When the number of minority MLAs of Bangladeshi roots in both parties increases after the elections, it will be said that someone Ali, Hussain should be the chief minister.

Minister Pijush Hazarika made this comment at the distribution of land lease and allotment letter to landless khilanjiya beneficiaries held at Jagiroad on Monday under the initiative of The Department of Revenue and Disaster Management and The District Administration of Morigaon. The event was also attended by Marigaon MLA, R. R. Deori who said that the new political parties formed in the state would be helpful to the BJP.

If the Governor’s rule is increased even on a day, the fire in BTC will be lit, says MP Naba Kumar Sarania