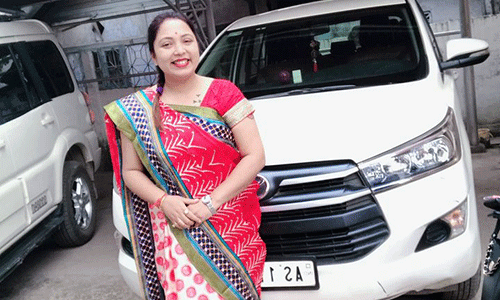 Congress MLA Rajdeep Gowala and former MLA Rumi Nath have been dismissed from the Congress party today. President of Assam Pradesh Congress Committee, Ripun Bora has taken the two leaders out of the Congress party for allegedly engaging in anti-party activities.

In a press statement today, Ripun Bora made this public. Rajdeep Gowala is the MLA of Lakhimpur constituency while Dr. Rami Nath was a former MLA from Borkhola constituency of Barak Valley. The two Congress leaders have been discharged by President Ripun Bora from the Congress party for a period of six years.

It may be mentioned that Himanta Biswa Sharma had said that Rajdeep Gowala would join the BJP in March this year. although Ripun Bora claimed this a rumour but now this seems to be on the path to truth.

The government will pay Rs. 50,000 for the women in Assam! , Here are all details taken in Assam’ Cabinet Meeting