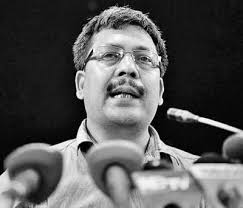 “If the governor’s rule is increased by one more day, then the fire will be lit. We are waiting for the all-party meeting on the 6th Of August. As the 6 months of Governor’s rule will be completed on the 27th Of August. Before that we have requested to call for the BTC elections”, Naba Hira Kumar Sarania commented in an exclusive interview with a journalist in Nagrajuli today.