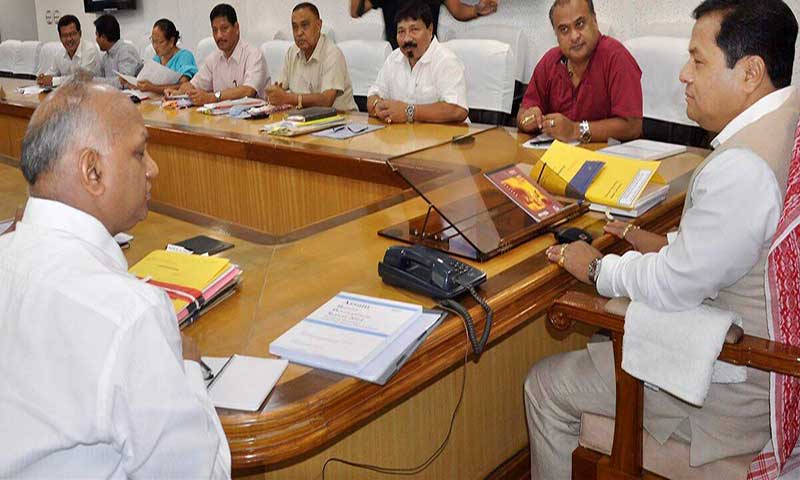 A cabinet meeting was held today in the meeting room of Assam Administrative College, chaired by Assam Chief Minister Sarbananda Sonowal. The meeting was attended by various ministers of the Assam Government.

The meeting also decided to provide financial assistance to various Goshalas in Assam so that Gopaloks could be helped in providing food to cows in Goshalas. In addition, it was decided at a meeting to provide one-time assistance of Rs 10 lakh to the family of constable Raben Das, who was unfortunately brought to death in Anti-Cattle Smuggling Operation. Raben Das wa s25 years old who died in South Salmara district along the Indo-Bangladesh international border during the operation against Anti-Cattle Smuggling.

Congress to launch a book on Himanta’s Failed budget promise

Akhil Gogoi will contest election from jail in two Assembly Constituencies for the upcoming 2020 Assam election !