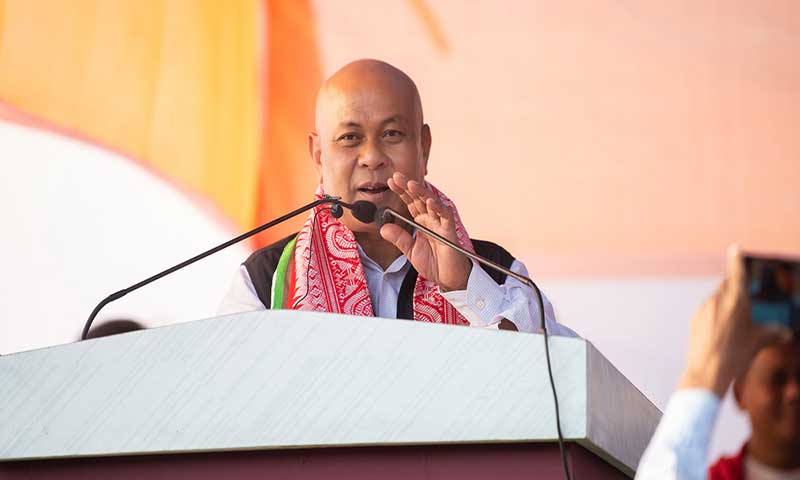 The BTC election campaign process is on the high. Also, The distance is growing between the ally BJP and BPF. During this Campaign, Minister Hemanta Biswa Sharma and Hagrama Mohilari have targeted each other.

Meanwhile, senior BPF leader and former MLA, Rakheswar Brahma said that the BPF is now ready for the 2021 assembly elections too. BPF Party has started all organizational action outside BTC to take revenge against the BJP. ‘

The former MLA also said that “Three BPF ministers will break the alliance with the BJP if they come out from the government. The BPF party will contest 38 constituencies in the 2021 Assam Assembly elections. BPF will take revenge against BJP by contesting in the 2021 Election in 12 constituencies inside BTC and 26 outside BTC. The alliance with the BJP is almost like to break. Because BJP has forgotten today how BPF helped BJP in the 2016 elections. We do not tolerate insults of Hagrama Mohilari by BJP Minister . ‘