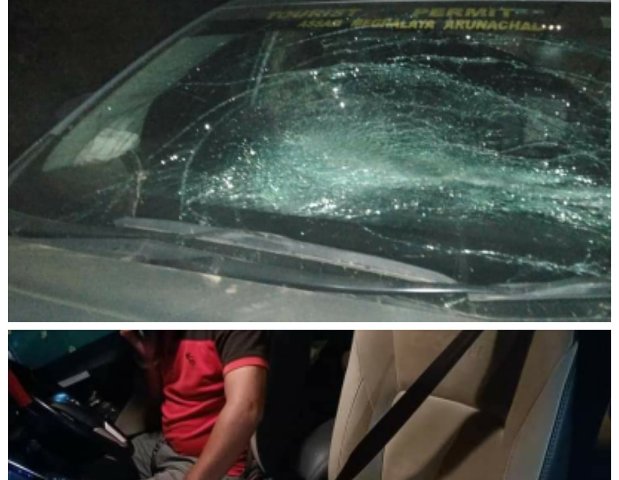 It seems Kokrajhar is in pre-election violence. The attack on UPPL president Pramod Bodo took place just before one day of the second phase of the BTC Election 2020. Along with UPPL president Promod Bodo, UPPL candidate Prativa Brahma is also attacked by miscreants.

Pramod Bodo and Prativa Brahma are attacked by huge stones and woods in their car. The attack took place at The Naigrau, 20 km away from the town of Kokrajhar town. UPPL founder president U G Brahma reached Kokrajhar police station after the incident and said “This night is very important and sensitive. Army and CRPF should be deployed in every village. Reportedly BPF has brought out rented goons to do the illegal things.”

On the violent attack by unidentified miscreant, UPPL president Promod Bodo said, “State Home Department must arrest the culprits in 12 hours . Otherwise, I will be on hunger strike in Kokrajhar. I urge the people to come out and cast vote.”