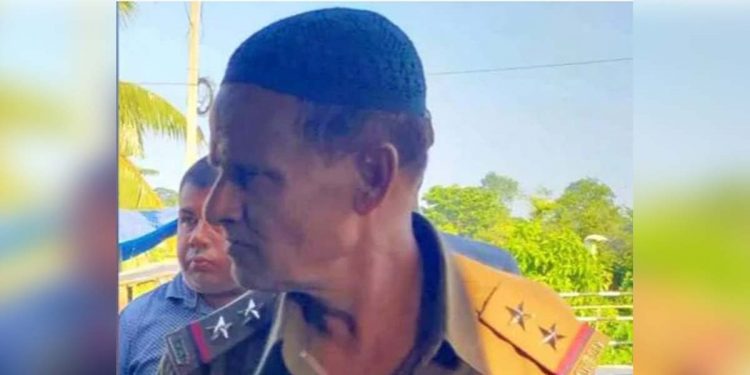 Choukat Ali himself was reported to have uploaded the photo on social media while on duty from the APRO office in Dispur. Sub-Inspector Ali was suspended from his job through a direction from the Assam Superintendent of Police (Communications) head office-2 for the offence of ‘irregularity’, ‘undesired use’ and ‘uniform’ breaking rules.

The police department on the other side has also sent a show-cause notice to the sub-inspector Choukat Ali. According to Sources, the sub inspector had taken the photo on November 7 in Hajo of the kamrup rural district of Assam.