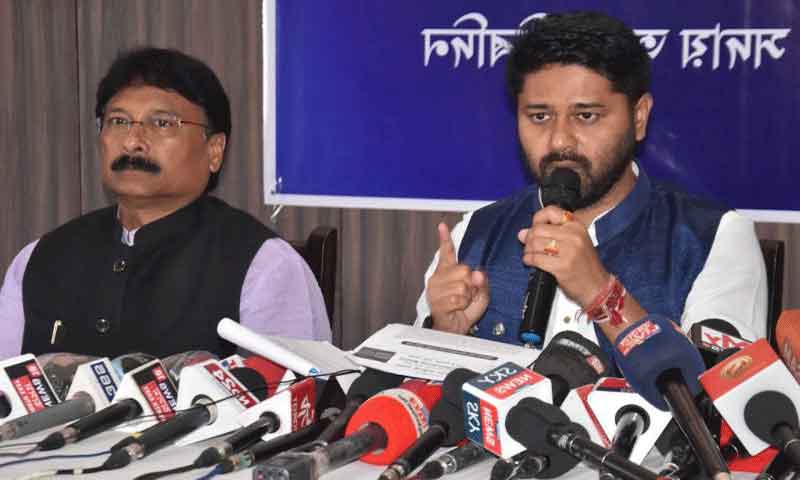 He said that by 2021, the people of Assam demands that society be brought up with new ideas. AJP president Lurinjyoti Gogoi also said that he would go ahead with the slogan “আমি ঘৰে ঘৰে আমি, ঘৰে ঘৰে উপাৰ্জন”.

Lurinjyoti Gogoi claimed that if AJP forms the government in Assam in 2021, A Rs of 5,000 per month per unemployed youth and Rs. 10,000 per month per unemployed youth from a technical background will be given. Assam Jatiya Parishad Vice President Adip Kumar Phukan, General Secretary Jagdish Bhuyan, and Basanta Deka were also present at the press conference.