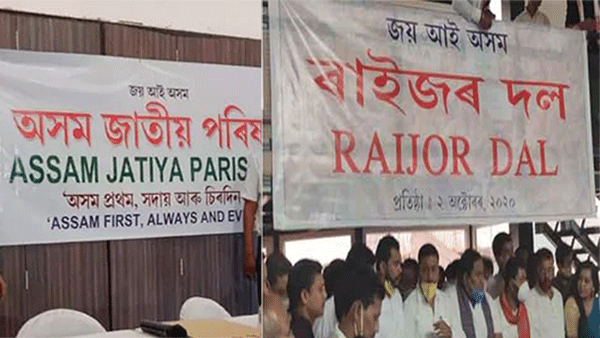 This political demand of the people is now on the road to being a good one! Both the newly formed regional political parties Assam will go to the elections together in 2021.

Only one candidate will be given the candidate in one constituency as per the understanding between the two parties in the upcoming election. AJP leader and state coordinator Jagdish Bhuyan officially disclosed this statement.

He also said that the alliance would be ready by November next year. If the two parties are united there is definitely a possibility of a storm in politics of 21.