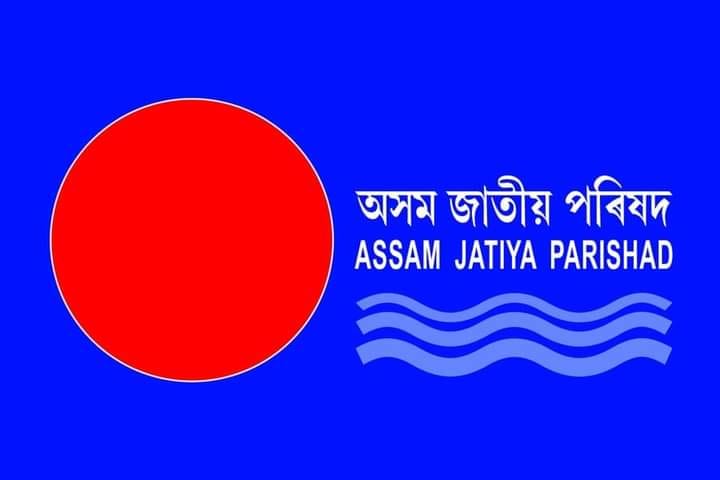 The new regional political party Assam Jatiya Parishad is getting ready with the constitutional draft and flag of the Party. Today the party made its flag and draft constitution in public.

When Reporters Asked why the color or model of the flag was such, he said, “Blue is a symbol of hope, knowledge and creative thinking. It also means depth and range such as the depth of the sky and the range of the ocean. An abstract symbol of red color giving up and courage. It is another form of Surya, Agni, joy, and love. The white color is a set of all colors. The wave indicates the characteristics of the Brahmaputra which is the life-line of Assam. The red circle will have party symbol.

The party symbol will be added after getting approval from Election Comission.

Assam Jatiya Parishad needs the vote of Bangladeshis, so their flag is like the flag of Bangladesh – Pijush Hazarika