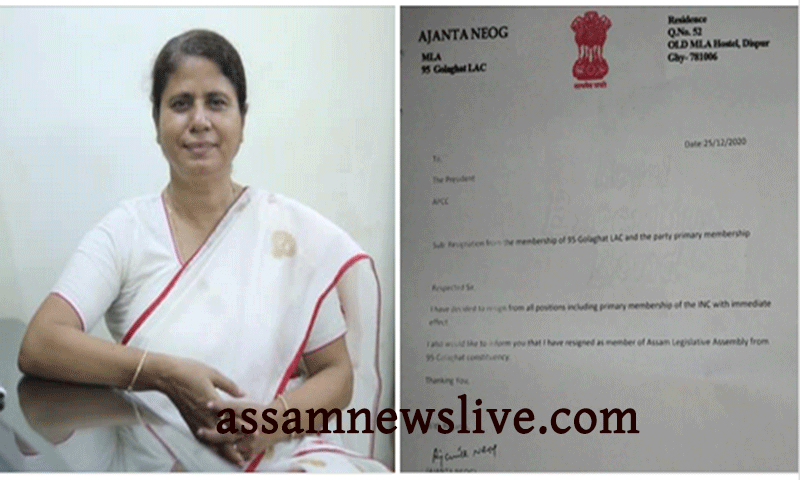 Former PWD minister of Assam, Ajanta Neog quits the Congress party today. Ajanta Neog announced this statement by sending a letter to the APCC president today. The former minister not only quit as a Congress member but also an MLA.

After the news of her joining in BJP a few days ago, Ajanta Neog was also expelled from the Indian National Congress party. She was also issued a show-cause notice including an immediate exclusion for anti-party activities. Friday is the last day to reply. But Ajanta doesn’t answer anything. Rather, She today sends a letter to the President to quit the Congress.

Meanwhile, Minister Himanta Biswa Sarma said that there is no political discussion with Ajanta Now. However, she met the chief minister regarding the establishment of Sati Sadhini University in Golaghat. After this, the visit was given a political form. And today she is out of the party, so it is not unusual for her to contact the BJP next time. Minister Himanta Biswa Sarma said she would be welcomed by the BJP if she wants to join the BJP.

APSC CEE Results 2018 declared at www.apsc.nic.in, here’s how to check