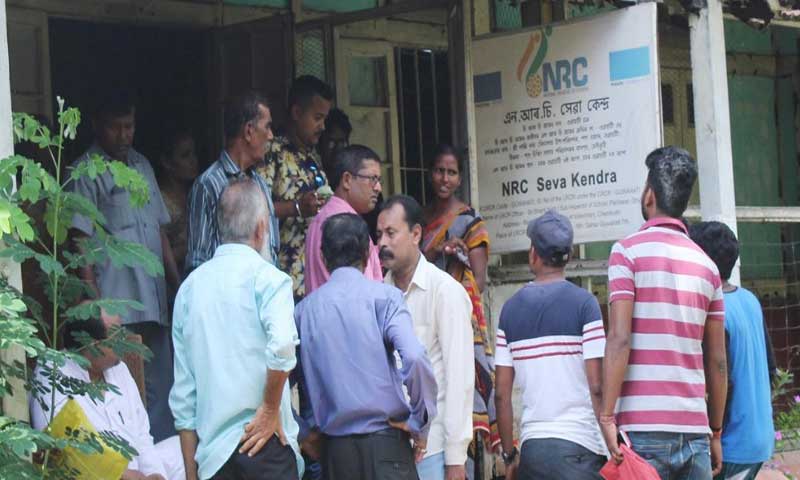 The State Coordinator’s Office of National Register of Citizens (NRC) has filed an affidavit in the Gauhati High Court, stating that more than 4,700 “declared foreigners”, D (doubtful) voters and individuals with citizenship issues whose cases are pending at foreigners’ tribunals and their decedents have been included in the final updated National Register of Citizens issued in 2019.

According to the affidavit of the NRC authority, After background verification of 10,199 people listed in the final NRC, 4795 Ineligible persons are identified. last October, The Gauhati High Court asked the NRC State Coordinator to submit an affidavit on how the names of some ineligible persons were get listed on NRC. The court issued the order after hearing the appeal of Rima Begum, a resident of Mukalmua in the Nalbari district. In 2019, Rima was declared a foreigner by a foreigners’ tribunals; But she was among the applicants whose names are included in the final NRC list. NRC authorities also said that 1032 Ineligible persons were listed in final NRC and data country operators were responsible for the error.