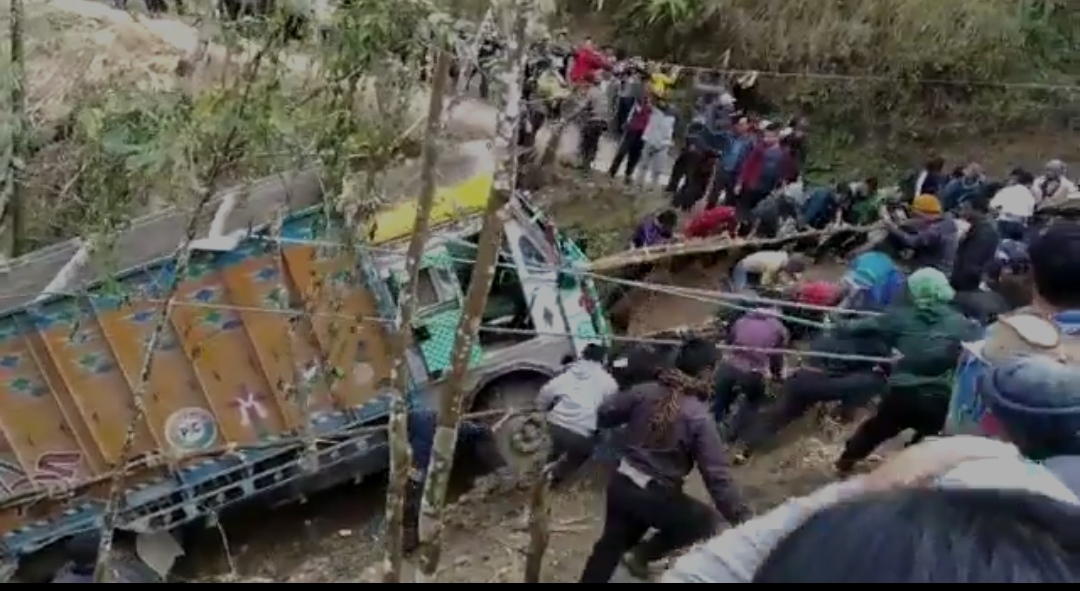 According to news reports, A ginger carrying truck fell into a gorge somewhere in Nagaland. The driver of the truck somehow escaped with minor injuries. After that, the local villagers decided to pull the truck out as there was no machinery available to drag the vehicle out. Meanwhile, a legislator of Nagaland, Mmhonlumo Kikon make a tweet on tweeter by sharing the video calling the spirit of unity.

In a village in Nagaland (not yet identified) the entire community pulls up a truck which fell off the road with ropes & the spirit of unity!

This Nagaland Village Truck video goes viral in various social media platforms and people calling this as the power of unity.