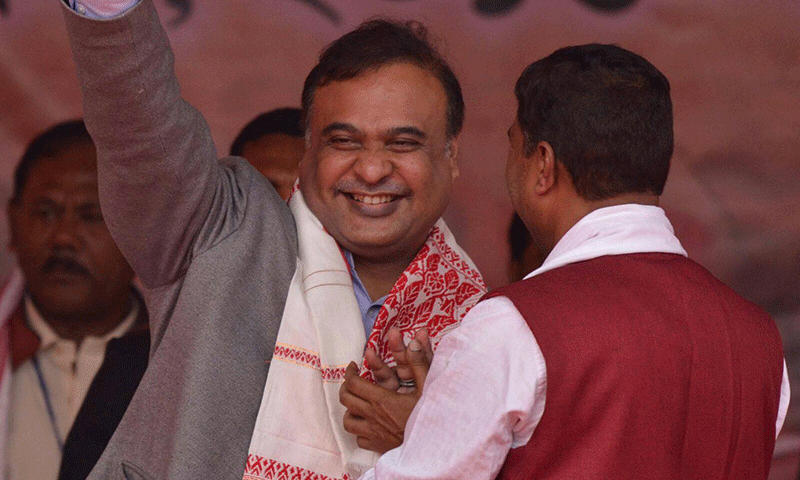 The Assam BJP has organized a large joining ceremony in Golaghat on Thursday. Around 10,000 Congress workers formally joined the BJP in this meeting. State BJP president Ranjeet Das and Leader Himanta Biswa Sarma also participated in the first-ever meeting after Ajanta Neog’s joining in BJP. While addressing media Himanta stated that the Congres party is a party of Mullahs and their love is only limited to ‘Miyas’.

Meanwhile, the Minister also said ” the Congress party is Mollah’s party. Congress loves ‘Miya Poetry’. The Congress-led by Gopinath Bordoloi in Assam has been made the party of Mollahs by the leadership of now.”

Criticizing the newly formed parties in Assam, Minister Himanta said, “I cannot remember the names of the newly formed parties in Assam. Someone says Raijor Dol, someone says Amar Dol. Raijor Dol, AJP should swear that they will not make any alliance with AJMAL. They don’t have any dare to protest against Ajmal. They protest against only Himanta and Sarbananda. ‘