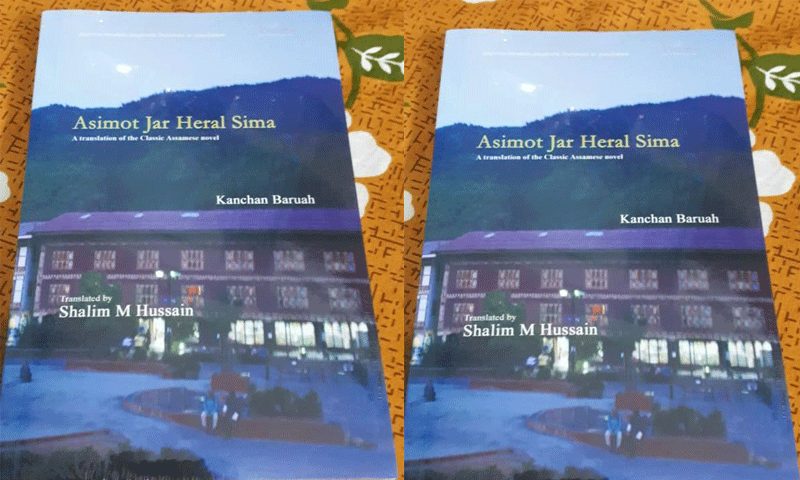 Finally, Translation work into English is completed of the classic novel ‘Aseemat Jar Heral Khima’ which is the rare resource of the Assamese language. This novel was written by Bhuvanmohan Baruah in 1945 under the pseudonym Kanchan Baruah. But in the last 75 years the novel has not been translated into English. At the end of 75 years, Selym M. Hussain who is a writer, translator and researcher, has come forward to translate the novel. He has already completed the translation work. This translation will go to The Press after going through some trials and model paper.

Regarding translating the novel, Hussain said that in last 75 years, the novel was not successfully translated into English for various reasons. Since English is a connecting language, this creation will be wide-overwritten after being translated into that language.

Hussain who is a resident of Kamrup District Of Assam took over this task in 2015. In English translation, he plans to name the book as Asimot Jar Heral Sima. Sahitya Sabha Academy youth award winner Kamal Kumar Tati’s poetry collection has been translated into English by the name of ‘Post Commercial Poems’ by Hussain. Another book by Hussain is ‘Betel Nut City’.

Congress to launch a book on Himanta’s Failed budget promise