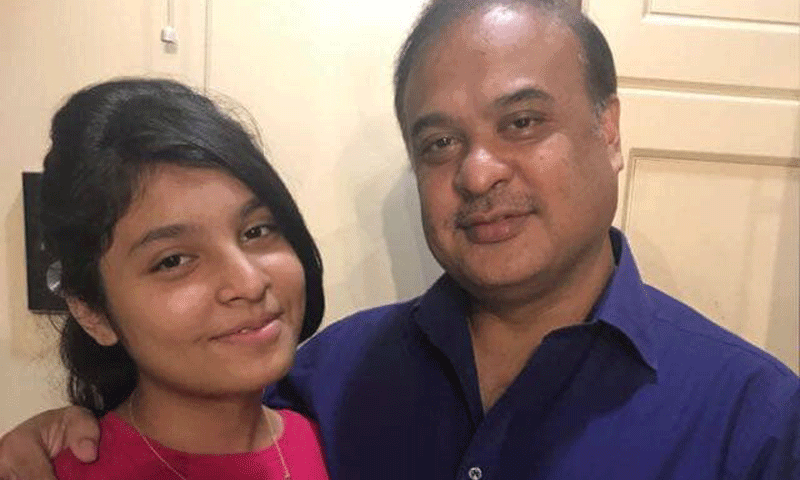 Sukanya Biswa Sarma was born on 30-10-2003 in Guwahati in the state of Assam, India. She is a student as well as a younger singer & the daughter of Himanta Biswa Sarma, Chief Minister of Assam.

Sukanya Biswa Sarma has a sweet family. Here are some family photos of Sukanya

Sukanya biswa sarma with her father

Sukanya with her brother

Sukanya with her brother in kamakhya Temple

Sukanya has completed her schooling at Mayo School, Ajmer. Sukanya Biswa Sarma (Arhi) has appeared for ISCE 2020 Examination and successfully passed examination 10 scoring 88.8 percent in class 10. Her father Himanta Biswa Sarma congratulate her on Twitter for getting good marks in ICSE Board Exam 2020. She is now preparing for class 12th Final Exam.

Sukanya Biswa Sarma is born on Jun 30, 2003. Her birthday is celebrated on Jun 30 every year. Usually Himanta Biswa Sarma wishes her on her birthday by sharing a tweet on Twitter. Sukanya is 17 years old now.