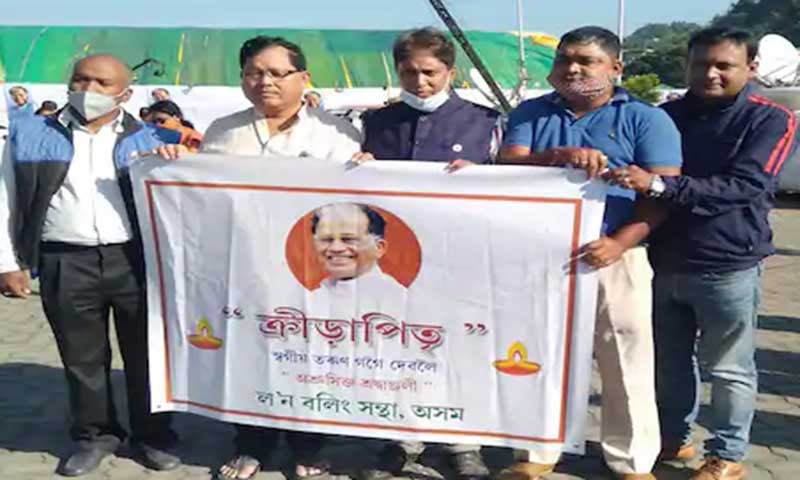 Assam Olympic Union recognized organization The Assam Lawn’s Association has given the title of “Kriya Pitri” to former Chief Minister of Assam, Tarun Gogoi. In the last tribute to the late Tarun Gogoi at Srimanta Sankardev Kalakhetra, Assam Lawn bowling’s Association informed about their decision.

It may be mentioned that the National Games were held in Guwahati in 2007 under the guidance and leadership of former Chief Minister Tarun Gogoi. At that time the Australian synthetic court of lawn bowling was also established in Sarusajai Stadium. That is why the Assam Lawn bowling’s Association has decided to give the title “Kriya Pitri” to Tarun Gogoi. Former chief minister Tarun Gogoi was also the former president of the Assam Olympic Association.