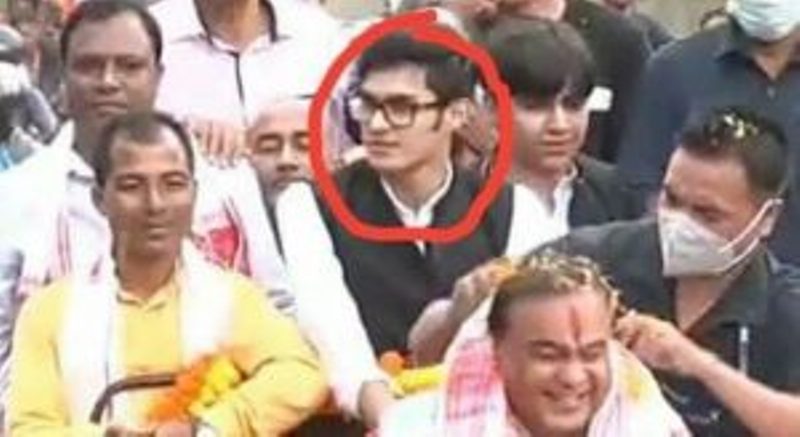 Minister Himanta made a statement on November 19 which was “Students should first complete their study. Then enter politics. First, finish the course and come to politics with some training.’ But 15 days later, forgetting his own call, Himanta Biswa Sarma has been seen with his son Nandil who is a student in an election rally of the BTC Election. The photo of Nandil with his father goes viral on social media.

The father-son is seen together in a bike rally from Atherighat to Dimakusi in BTC. This is the first time that Nandil is seen in his father’s political program. Nandil is currently studying in a prestigious doon school outside Assam. It may be mentioned that a few days ago, Nandial had visited late chief minister Tarun Gogoi at GMCH with his parents.

Assam will get a New District Soon: Himanta Biswa Sarma