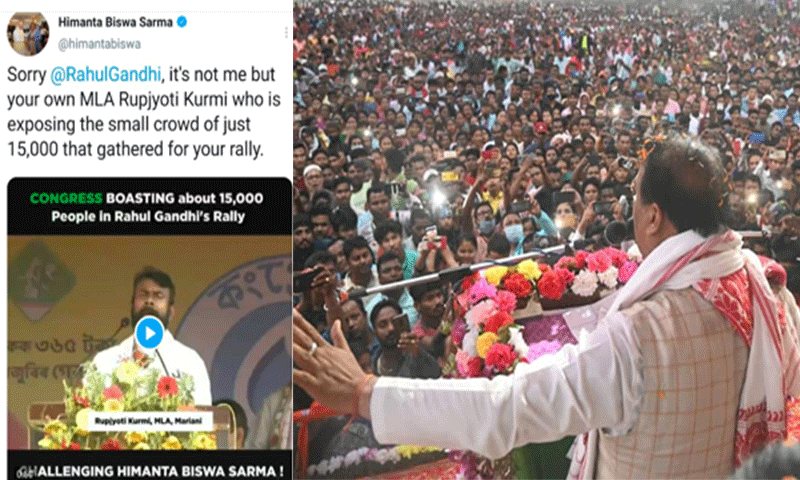 The election battle in Mariani is going to be interesting. A few days ago, Rupjyoti Kurmi challenged minister Himanta Biswa Sharma and said, ” Only 2500 people gathered in the meeting of Chief Minister Sarbananda Sonowal and Smiriti Irani in Mariani. I challenged Himanta Biswa Sarma to arrange two thousand people in his meeting from Mariani.”

The challenge of Rupjyoti Kurmi was expressed by minister Himanta Biswa Sarma through Facebook. The minister took a dig at Rupjyoti by sharing a Facebook post. He shared the photos and videos of a gathering of lakhs of people on the day of his nomination.

Congress MLA Rupjyoti Kurmi has also posted a FB post in this response. “I don’t understand why a powerful minister has become so unhesitating about my words. Even after 20 years in power, why people had to be brought from outside to have meetings in Mariani. Also, There were not more than 4000-5,000 people. What does he want to prove by sharing the photos and video clip of his nomination rally.”