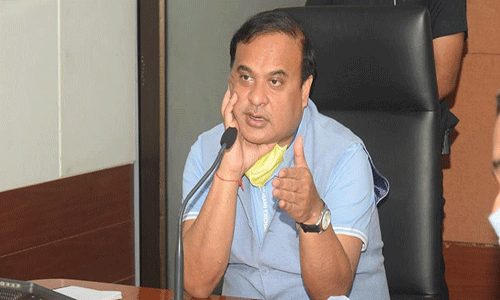 Schools and colleges in Assam are going to reopen from November 2. On the other hand, only three classes will have the final examination. Education Minister Himanta Biswa Sharma made several more important announcements regarding guidelines of Assam Schools and colleges reopen at a press conference on Saturday. As announced by Minister Himanta Biswa Sharma, only 20 to 25 students can attend one class. However, classes in a large hall can increase the number of students.

In the statement, Minister Himanta Biswa Sarma said that the state government has not taken any decision on the opening of the university. He also said that the Polytechnics and Engineering institutions will also be opened from November 2. However, the hostels will remain close for the first one month and it will be decided to open the hostels in December if necessary. The minister said online classes of engineering-polytechnic will continue.

Informing about the organizing of classes the minister said classes would be held on Monday and Thursday for students in the first semester of undergraduate students.

Students from the third semester will have to do the class on Tuesday, Wednesday and Friday. Similarly, the class will be held on Tuesdays, Wednesdays, Fridays, and Saturdays for students in the fifth semester.

The education minister also made some important announcements regarding the opening of schools. The minister said classes would start from VI while classes will remain close till V. Similarly, the school class will be divided into two categories. Schools will open from 8.30 in the morning. The first part will be started from 8.30 am to 12.30 pm and the second part from 1.30 to 4.30 pm.

Assam Madrasa Closed Issue | The Madrasa Board and Sanskrit toll will be closed in Assam from November.

AJP-RAIJOR DOL to merge with alliance