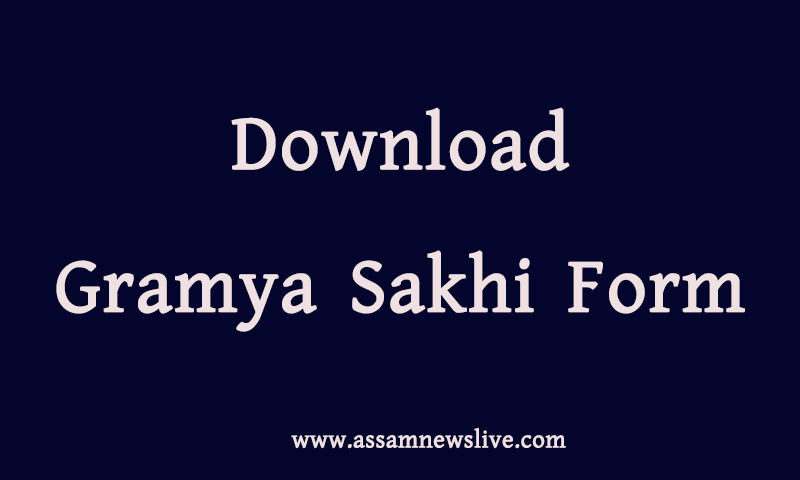 The Panchayat and Rural Development Department of the Government of Assam has recently announced the engagement of new posts called ‘Gramya Sakhi’ under the mahatma Gandhi national rural recruitment guarantee scheme. Today we will provide the application form of Gramya Sakhi and we will tell you how to download Gramya Sakhi Form.

The new post of ‘Gramya Sakhi‘ will be appointed in rural areas of Assam. A Gramya Sakhi will have to look after the work done by a job cardholder under the Mahatma Gandhi National Rural Employment Guarantee Scheme. Any woman between the ages of 18 and 45 can apply for the post. Interested candidates can take the application forms from their respective panchayat offices or block development officers’ offices. These formats will have to be submitted between February 15, 2021, and March 5, 2021.