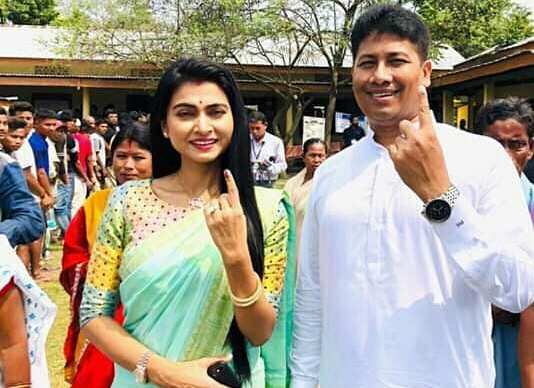 Some people are expressing outrage at the actress’s remarks in support of CAA. The Anti-CAA movement had gained widespread from across the state in December and January 2019. This movement had a great impact on upper Assam.

In the first phase of the Election, The star campaigners of BJP also tacitly kept away themselves from the CAA issue. But the actress Aimee Baruah’s remarks on CAA just before two days of the first phase voting may create some negative impact for BJP in upper Assam. Similarly, Aimee Baruah’s comment will also create an impact on the second and third phases of election 2021.