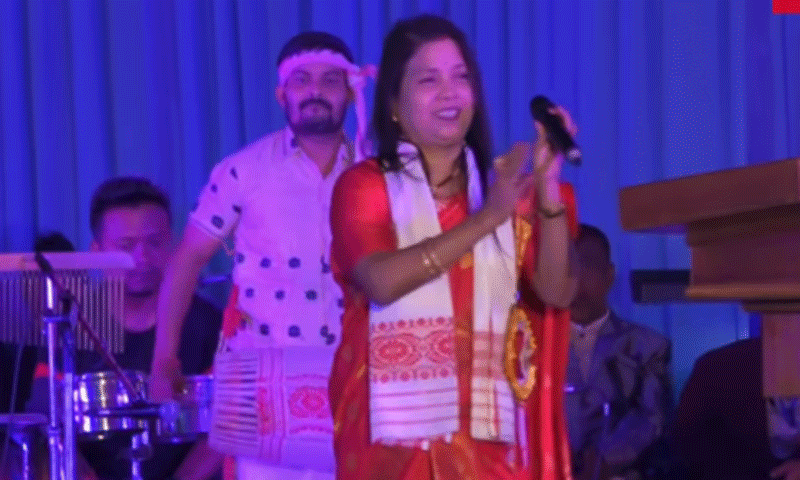 Assam has lost one of its music doyens today as singer Bhitali Das died at a Covid Care hospital in Guwahati, Assam.GMCH superintendent Abhijit Sarma announced on Wednesday evening that Bhitali Das passed away at the age of 41.

Bhitali Das was born on 6th June 1979. Some of the famous albums of her are Jaanmoni, Joonbai, Anjana, Rangdhali, Rohedoi, Bogitora, Enajori. She had recorded her voice in more than 5000 songs. She has performed her last live show in the judges field, Guwahati. She had started her career in 2001 with the album song ‘Tagar‘. She had also canceled her performance in the historical Latasil Bihu function.

Bhitali Das was recently infected with COVID-19 Positive and was admitted to Kalapahar COVID-19 hospital, Guwahati for treatment. But she died due to COVID-19 today around 7.05 pm. Meanwhile, She was COVID negative while declaring the death.

Minister Dr. Himanta Biswa Sarma also condoled the demise of the singer Bhitali Das who had recorded her voice in so many popular songs in Assam.