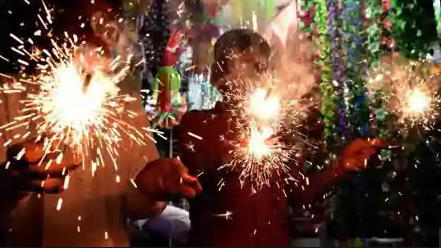 Several other states including Delhi, Sikkim, Odisha, Rajasthan have also imposed a ban on the use and sale of crackers following the National Green Tribunal’s order.

Assam Forest Minister Parimal Suklabaidya expressing his views said that the use of firecrackers does not cause any harm. We will not ban firecrackers during Diwali.

Assam Jatiya Parishad needs the vote of Bangladeshis, so their flag is like the flag of Bangladesh – Pijush Hazarika