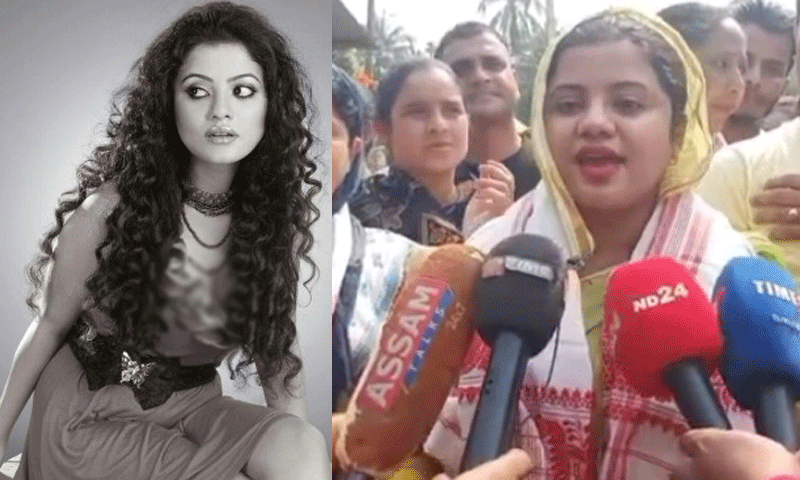 Tehshin Akhtar has started a Door to Door election campaign for Congress candidate and her husband Jakir Hussain Sikdar. Tehshin Akhtar also made several important points to the media on Tuesday. Tehshin Akhtar says, “It is the responsibility of the artist community to make the world better. Artists do not need to do politics to make the world better. But I’m also not doing any politics. I never get into direct politics. As a social worker, I will try to solve people’s problems. And as the wife of an MLA, I have campaigned for him; so that he can be elected as an MLA for the second time. I am proud to be the wife of an MLA like Zakir Hussain Sikdar who is loved by all people. If MLA like Zakir Hussain Sikdar is in every constituency, then there will be no corruption. ”

Tehshin Akhtar also said that an efficient MLA like Jakir Hussain Sikdar is needed in the constituency. In the context of the “Artist” and “anti-CAA” movement, Tehshin Akhtar said, “We as artists, have already been opposing CAA. Congress also has promised to withdraw CAA along with the other four promises. So it is good for everyone if Congress can form the government in Assam. ”