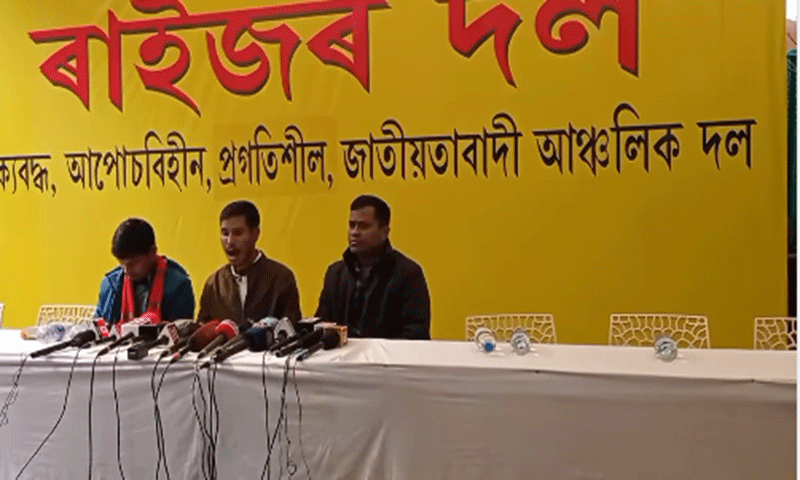 Raijor Dal will move to SC: The newly formed political party Raijor Dal will move to SC seeking bail of Akhil Gogoi. Party claimed that the verdict of Krishak Mukti Sangram Samiti (KMSS) leader Akhil Gogoi has been getting delayed and inconsistent. Addressing a press conference, the party officials said that Akhil Gogoi has been in jail since December 12, 2019. His co-accused has also got bail in the same case but he has not been released till date.

Raijor Dal alleges that Akhil Gogoi has been put in jail with fake witnesses. The Maoist ghost is now chasing the BJP lead Assam government. Raijor Dal will soon challenge the high court’s ruling on Akhil Gogoi’s bail. The party further stated that they are hopeful to get the bail from SC.

The party also demanded the Assam government to release him from jail and challenged the government to contest upcoming assembly elections by releasing him.